Ethics in the Workplace, One View

Ethics in the workplace is the subject of much discussion lately and was the subject of a recent business school board of advisors meeting. Initially, I assumed assembling appropriate “ethical dilemma” case studies would provide a suitable framework for discussion. However, after an initial review of the writings and notions on the subject, it became quite obvious that even volumes of case studies would not suffice; a more structured approach will be required. 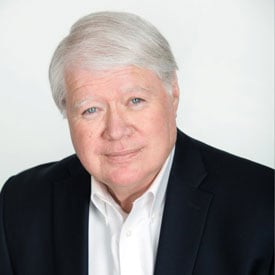 It would be helpful if a concise definition of what constitutes ethical behavior was available, one that clearly defines appropriate ethical workplace practices and how to manage them. Unfortunately, to create such a statement would require an appreciation of the interaction of values, beliefs, personal outlook, training and life experience of the leadership in each and every company. Obviously, no single definition could ever be crafted; variations of all factors combine from company to company evolving into unique responses to ethical dilemmas. Furthermore, ethical dilemmas are not usually issues concerning rights and wrongs; rather they are conflicting situations between rights versus rights. For example, how would you handle a performance review for a respected and admired individual, whose performance is lacking because of limited skills, knowing that he or she is the sole support for a large family?

Other factors complicate the issue. Consider this: “Many say we are in a time of ethical crisis, but the greater crisis may be that of moral courage. Given an ethical dilemma, you may know what is [the] ethical and right thing to do, and yet choose another course of action. This lack of moral courage is a reluctance to do what is right because the "price it costs" is more than you want to pay.”1 In this context, costs may be more than monetary, they may be inconvenience, loss of face, or may result in the diminution of peer standing and so on. Another impediment involves an individual’s ability to reason when faced with an ethical dilemma, which will determine whether or not one is capable of making ethical decisions—these are learned skills, which the leader may not possess.

Perhaps a study of the history of classical philosophy could provide an effective background for a workable ethics framework. However, philosophers have pondered the matter for thousands of years, only to find, later, what was considered appropriate years ago no longer applies. Suitable behavior today may be unsuitable tomorrow. Some business schools have chosen classical philosophical history as the basis for study of ethics in the modern business environment. However, Prentiss writes, “The scandals at Enron, WorldCom and ImClone did not occur because executives were not conversant with the difference between teleological and deontological approaches to resolving ethical questions.”2There were other more mundane reasons.

So, why shouldn’t we simply follow our conscience, be nice, and make tons of money—why make a big deal about all of this?

Unfortunately, leading the ethical life in a business environment can be exceedingly complicated; too many have failed “winging-it,” or hoping for the best, focusing solely on profits. Would a cogent and comprehensive set of ethical guidelines or standards, designed to address various evolving ethical dilemmas, scrupulously monitored by the leadership, avoid disaster? For some recent examples, the answer is a resounding yes! Most ethical dilemmas in the workplace are not simply "Should Bob steal from Jack?" or "Should Jack lie to his boss?"Is the “right way” a matter of moral principle based on personal values and the fundamental ground rules of how we conduct our lives? Does the correct ethical choice depend on the circumstances at hand, consisting of matters for the individual to decide? Furthermore, some ethicists believe a particular ethical guideline today will eventually emerge as a law or regulation tomorrow. Ergo, is the ethical business merely one who scrupulously operates within the law, rules and regulations? Not necessarily.

And what of situations where no law applies? Prentiss writes,” Ethics courses can help those who are truly well-intentioned find their way through ethical dilemmas where the law gives no clear answer. But even these people will founder when they go to work for companies that value results over honesty; at such firms, acting ethically is always difficult. There has never been a more crucial time to emphasize law in a business curriculum. Too many people forget that capitalism was saved from its own excesses by the securities laws passed in the 1930's. Recent scholarship shows that countries with strong judicial systems administering rigorous financial laws enable companies to raise money more quickly and facilitate more efficient stock markets. Legitimate companies want laws that require accurate financial disclosure and rules that punish fraudulent firms. Centers for the study of business ethics are necessary to represent the ideals to which we aspire. But most business students will always view business ethics as hortatory rather than mandatory, as extra credit rather than required.”3

Criminal Sanctions vs. Voluntary Compliance
“From his approach to pollution abatement as governor of Texas to his approach to corporate malfeasance as president, George W. Bush has made voluntary compliance his motto. Explaining his initial opposition to strict criminal sanctions in the recently passed corporate fraud law, for example, he said that while tougher laws might help, ultimately the ethics of American business depend on the conscience of America's business leaders.”4

While voluntary compliance (when ethical conduct is surely tested) may be a reasonable business ideal, Frank argues that asking those to comply voluntarily will suffer an unfair burden. For example, the task of fairly reporting earnings and future prospects is complicated by the necessity to make subjective judgments. Under these circumstances, a broad range of results could be calculated. Furthermore, a company’s ability to fund future growth depends heavily upon reported results. Under these circumstances one would find it difficult to assume a neutral or, even, pessimistic financial condition, when most competitors would be expected to report optimistic earnings.

“If we want people to restrain themselves for the common good, the sacrifices we demand must be made by everyone. This applies to areas outside of business as well. To ask athletes not to use steroids in the absence of effective sanctions is to penalize those who comply while rewarding those who don't. To ask people to be scrupulous in their tax filings in an audit-free environment is to reduce the effective tax rate for dishonest taxpayers while increasing it for honest ones.”5

So, why focus on ethics studies, guidelines, or statements; wouldn’t it be an exercise in futility?

Isn’t the driving force to assure ethical behavior in the workplace an abiding fear of the law—break the law and you may end up in jail—isn’t that enough? Unfortunately, considering the repeated booms and busts in history when the opportunity presents itself, greed and guile will prevail, once again, regardless of the penalties, regardless of the risks and for those individuals no amount of ethical discourse will matter. However, there are many others who when faced with such conflicts would consider the ethical implications, especially early in his or her business career. Obviously, a well defined ethics foundation, or guideline, or platform, would be helpful for this cohort.

Are there other intrinsic values linked to such guidelines? I believe so. Staking out an effective ethical platform would have numerous benefits beyond strengthening the moral underpinning of the organization. For example a well composed guideline would: be a moral booster in troubled times; raise expectations and provide a positive image; strengthen and reinforce team-work; provide a character building experience; lay out clearly what is considered; promote diversity and environmental awareness; provide a more credible, quality image of the organization for all stakeholders and the public.

Conclusion
If we, as business practitioners, expect to attract the best and the brightest (or, for those educators, whose mission is to encourage students to consider a business career, and provide the background to allow the graduate to operate confidently in the, ever changing, workplace), we need to provide a clear assertion of our ethical standards and what role those standards should play in decision making. We need to state, clearly, the moral issues (i.e. what is considered right and wrong for the particular organization) and the how they interact within the ethical context—those issues having to do with duties and obligations—and how we are expected to react when tough ethical dilemma’s emerge.

To that end, I’m convinced that it would be worthwhile to write some form of an ethical guideline or statement for my company, perhaps combined with an updated mission statement. It would be helpful to know that everyone has a clear understanding about what we, as a company, stand for and what we expect from them. Furthermore, I’m also convinced that it would be a useful undertaking for other businesses small and large, especially now.